Here in America… the fishing is good!

Last week, my husband and I took the family for a day at the beach for some fun and some fishing. The grand-kids had a blast! They had never fished before and were bugging my husband to teach them how to fish. My husband had taken all his stuff for a day of fishing. The times we had gone before, he never got so much as a bite. He figured he would have the same luck this time around, but he wanted to teach the boys the basics, like how to handle bait and such. I wasn’t paying that much attention as he talked about preparations. He got everything setup, cast his reel and told the boys to watch and wait for movement. Suddenly the boys get all excited, yelling and hollering at my husband. You caught a fish! You caught a fish! One of my grandsons quickly jumped in to reel the fish in, so grandpa talked him through the task of reeling the fish in. I was shocked. Fish were plentiful. As I watched him and my grandsons I couldn’t help but compare the poor fish on the hook – to humans – caught up in the snares of the devil.

2 Tim 2: 22-26 “Flee also youthful lusts; but pursue righteousness, faith, love, peace with those who call on the Lord out of a pure heart. But avoid foolish and ignorant disputes, knowing that they generate strife. And a servant of the Lord must not quarrel but be gentle to all, able to teach, patient, in humility correcting those who are in opposition, if God perhaps will grant them repentance, so that they may know the truth, and that they may come to their senses and escape the snare of the devil, having been taken captive by him to do his will.

I thought – the stage is set. The enemy has has prepared his lure, cast his bait… 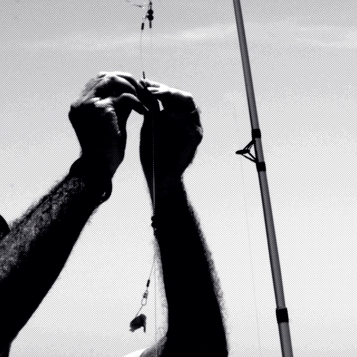 The enemy now holds millions of Americans on a hook. Some are on the surf – resisting. 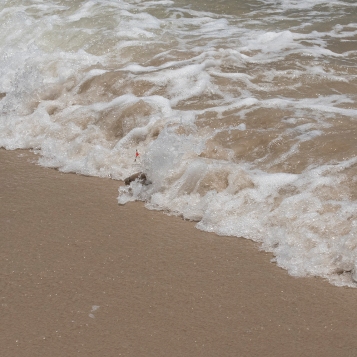 Some are one on the hook – with no way out. 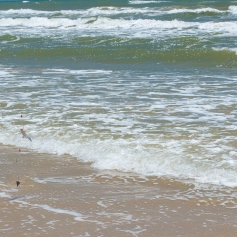 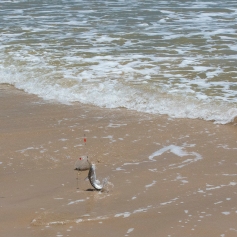 Many more have been reeled in and are on display, others well … 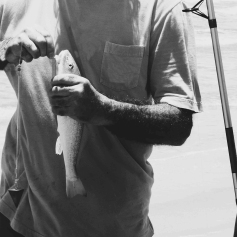 His plan … well… when he’s done with you… you go back – (that’s if he doesn’t destroy you completely) .. where you land – and whether you survive … that’s where grace abounds. My husband was not prepared for so much fish, so he threw them back in the gulf. I didn’t think about then, but later, I asked my husband about the poor fish he threw back in. I was curious if those fish were easier prey in their weakened condition. And of course my husband said yes. And I thought that’s what happens to us after the enemy gets hold of us. When he’s done with us… we are so vulnerable. But if we turn to God in our weaken state… God’s grace is there.

So here we are…

For a country founded on Christian principles… we sure have distanced ourselves from our roots. That’s good and bad. Our history speaks to the many laws that were passed to benefit the dominant group, to those that held the greatest power. They were referred to sociologically as the White Anglo-Saxon Protestant (WASP).

In the name of God man has created and destroyed, protected and murdered. Our history depicts how the God of the heavens blessed this country tremendously. Are those blessings credited to God anywhere?

We were endowed by our Creator with certain unalienable Rights, that among these are Life, Liberty and the pursuit of Happiness. That’s what the Declaration of Independence says. The founding fathers were referring to God, weren’t they?

All we have recorded are the contributions and the accolades to the people that God used to bless this nation. Did they give God any glory? Perhaps. Presidents have made mention of God in their various inaugurations.

Gerald Ford said, “let us restore the Golden Rule to our political process, and let brotherly love purge our hearts of suspicion and of hate.” Here is a list of comments made by US Presidents. Where did we get the Golden Rule?

But I don’t recall hearing of anyone ever giving God glory. Was it always God blessing this nation? It would depend on who benefited from the blessing. Nevertheless, we are a rich and powerful nation, with a shattered moral compass. Why? You have to read your Bible to answer that question.

So what happened? Who was in control? When Scripture tells us in Galatians 3:28-29 (KJV)…

And for one nation under God, we sure have been divided – under God. And the greatest division has been about race and ethnicity.

At some point “Christians” all believed in the same God. They preached the same God, the same gospel. But the dominant group felt they had a right to discriminate against people that did not look like them. So, who was in control?

It does not take much for the god of this world to lure people, yes even believers into his snares to do his bidding.

Matthew 24:23-25 (KJV) “Then if any man shall say unto you, Lo, here is Christ, or there; believe it not. For there shall arise false Christs, and false prophets, and shall shew great signs and wonders; insomuch that, if it were possible, they shall deceive the very elect. Behold, I have told you before.

Is it possible that even those that called themselves “Christians” were deceived and are still deceived?

Satan prepares his lures and he casts them into the sea of the unsuspecting. Why? Because most people, yes even Christians, are caught up with the things of this world, the rat race, climbing the corporate ladder, keeping up with the Joneses, busy with church business but never considering their relationship with the one true God.

Do most people truly believe they are going to heaven on their own merit? They like to believe they will see their loved ones after they die. They believe their good deeds will grant them entry into heaven. Most people figure believing in God, or going to church is enough. And the rest don’t care, or don’t have a need for God. How many readers know it takes more than knowledge, or works to get into Heaven? And getting in is not complicated either.

And I look at the entertainment industry, the fashion industry, both tend to reflect the true heart of the country. We want to be entertained and we want to look good. The days of Mr. Rogers Neighborhood and Father knows Best are long gone. We tune into television shows everyday to watch what we’re tired of seeing and hearing about on the 6 o’clock news. More violence!

I can recall parent’s voicing concerns over the violence depicted on the Roadrunner cartoons. Today’s entertainment shows, even children’s programming put Roadrunner to shame.

Technology has made it possible to bring our world closer, created convenience we could never have imagined half a century ago. Along with it – it brought every evil thing into our lives… for entertainment purposes. Have y’all seen the line up of shows with pure evil themes? Is technology the real culprit, or is it our own fleshly desires?

Psalm 101:3 (NKJV) “I will set nothing wicked before my eyes; I hate the work of those who fall away; It shall not cling to me.”

“But know this, that in the last days perilous times will come: For men will be lovers of themselves, lovers of money, boasters, proud, blasphemers, disobedient to parents, unthankful, unholy, unloving, unforgiving, slanderers, without self-control, brutal, despisers of good, traitors, headstrong, haughty, lovers of pleasure rather than lovers of God, having a form of godliness but denying its power. And from such people turn away!For of this sort are those who creep into households and make captives of gullible women loaded down with sins, led away by various lusts, always learning and never able to come to the knowledge of the truth. Now as Jannes and Jambres resisted Moses, so do these also resist the truth: men of corrupt minds, disapproved concerning the faith; but they will progress no further, for their folly will be manifest to all, as theirs also was.”

Aren’t we tired yet of having so much hatred and violence shoved in our face? I know I am. And the Lord commands us to love our enemy.

“So in everything, do to others what you would have them do to you, for this sums up the Law and the Prophets,” ((Matt 7:12 NIV).

1 Peter 5:8 (KJV) Be sober, be vigilant; because your adversary the devil, as a roaring lion, walketh about, seeking whom he may devour:

Thank you for reading my rant.

"Obey those who rule over you, and be submissive, for they watch out for your souls, as those who must give account. Let them do so with joy and not with grief, for that would be unprofitable for you. Hebrews 13:17"

"And He said, “What comes out of a man, that defiles a man. For from within, out of the heart of men, proceed evil thoughts, adulteries, fornications, murders, thefts, covetousness, wickedness, deceit, lewdness, an evil eye, blasphemy, pride, foolishness. All these evil things come from within and defile a man (Mark 7:20-23).”

"If you then, being evil, know how to give good gifts to your children, how much more will your Father who is in heaven give good things to those who ask Him (Matthew 7:11)!"