Death is always near…

Here we are in the middle of a pandemic. The bars and nightclubs are closed, as are many restaurants that sell alcoholic beverages.

Well, my daughter was taking a friend to work early this morning, about 3:30 am. She had dropped off her friend at work and was heading home. She was stopped at a three-way stop. She said she saw a car coming up on her rear. It appeared to be coming very fast. Well, as she started to go, next thing she felt was her care take off, into what she felt was a flip, but in fact, was an out of control spin. Yup, her car spun a couple of times before it landed in a ditch, on the opposite side of the road, facing the direction from whence she started. The car was totaled. The driver, drunk! His car too, was totaled. And he was arrested for drunk driving. 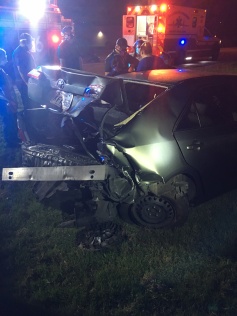 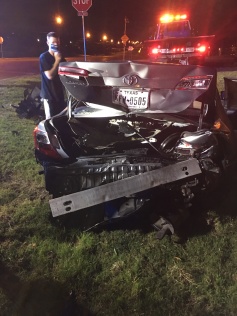 My daughter was banged up and in severe pain. And because she was having trouble walking, she was taken to the ER to get checked out. But with the restrictions in place, no one could go in with her to the ER. Her dad and I had to wait out in the parking lot. She was in shock, but I am so thankful that God was watching out for her. And that she was not seriously injured.

We all have a last hour. I Praise God, that this morning was not my daughter’s last hour. COVID19 has complicated our lives, but the Creator of all things is still in control.

Check out my books on Amazon. Kindle version on sale now!

“For God so loved the world that He gave His only begotten Son, that whoever believes in Him should not perish but have everlasting life. For God did not send His Son into the world to condemn the world, but that the world through Him might be saved. “He who believes in Him is not condemned; but he who does not believe is condemned already, because he has not believed in the name of the only begotten Son of God. And this is the condemnation, that the light has come into the world, and men loved darkness rather than light, because their deeds were evil.” John 3:16-19

“Not everyone who says to Me, ‘Lord, Lord,’ shall enter the kingdom of heaven, but he who does the will of My Father in heaven. Many will say to Me in that day, ‘Lord, Lord, have we not prophesied in Your name, cast out demons in Your name, and done many wonders in Your name?’ And then I will declare to them, ‘I never knew you; depart from Me, you who practice lawlessness!’ Matthew 7:21-23